Welcome to our NEW and IMPROVED website! We have upgraded our site to allow our customers an enhanced version that is easily accessible with any mobile device. Now you can look for your next vehicle on your Apple or Android compatible devices, giving you the opportunity to find your next vehicle no matter where you are! We hope you find our new site easier to use and check in often!

In the last 90 days we have sold and delivered vehicles to Nevada, Nebraska, Texas, California, New York, Massachusetts, Canada, Brazil and the customers never saw the vehicle until it showed up on their doorstep! Not one was disappointed, in fact, we have thousands of cars all over the world and NOT ONCE has a customer called back and said …you know guys, this car isn’t as you represented, NEVER EVER have we heard those words! I think that is a true testament to our honesty and integrity!

Greg Nelson celebrates his 37th anniversary in the automotive industry this year. He began his career founding Columbus Classic Cars, Inc. in 1981, after purchasing two cars using a $15,000 loan given to him by his father. His vision was to create a used car dealership founded on honesty, integrity, and dedicated to exceptional customer service. 37 years and four dealerships later, he still holds true to the same principles in which he began.

"I always believed that your word and reputation should come before fortune and fame," says Mr. Nelson. He continued, "Treating people right and protecting the Nelson name means much more than making money."

He became a Chrysler, Plymouth, Dodge, Dodge Truck dealer in 1989, and then added Jeep and Eagle in 1992. He also owned Lamborghini Ohio and Nelson Hyundai in Heath.

The mission of Nelson Automotive Ltd. is to provide customers with a shopping, buying, service and ownership experience that consistently satisfies each individual's needs and exceeds their expectation in a comfortable, supportive environment.

Mr. Nelson has won numerous integrity awards and was even honored by  Time  Magazine as one of the top quality dealers in the United States. Mr. Nelson explains, "While the awards themselves are exciting to receive, what they represent is even more important - that a business can be successful while still subscribing to a business philosophy of honesty, courtesy, and fair dealings."

We thank you for considering Nelson Automotive Ltd. for your next vehicle purchase and promise to exceed your expectations of exceptional customer service! 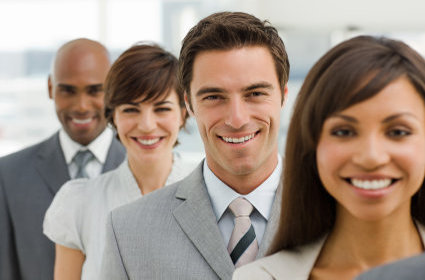 See us in action: